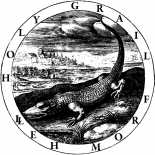 You know what’s worse than a dead MMO? A game with dead online co-op. That’s also the primary reason couch co-op comes about to be one of those cardinal features developers seem to overlook; a feature although consoles might strive to provide the horsepower for, the PC platform — with its wide range of configurations — must have the options for, in each and every game that has use for it. With many opportunities not taken, there have been, still, plenty of excellent titles that went down a different route. The following are the finest examples of games from the past twenty years which incorporated the forenamed game model for the benefit of the players, ensuring reply value and a good gaming soiree both.

Side-note: For obvious reasons, the list isn’t in any order. 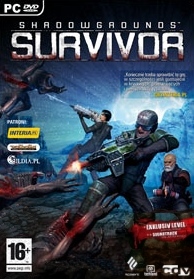 One of the very first 3D motorcycling simulators, Rainbow Studios’ “Motocross Madness” was years ahead of almost each and every single one of its counterparts.

They panned this game. Cocksuckers panned this brilliant game for no bloody reason. And there is more depth to its core mechanics than there is to loads of other H&S games’ (“God Of War,” “Dante’s Inferno,” you name it). Give this a go, for the love of god; it’s that good.

Chaotic, incredibly fluid, and gorgeously built, “Future Cop: LAPD” is, along with “SWAT 4” and to some extent “Urban Chaos: Riot Response,” one of the most mischievous attempts at making you, the player, want to appreciate the efforts of RSA (which doesn’t stand for Responsible Service Of Alcohol, my fellow subjects, but Repressive State Apparatuses). Not an effective one as hardly anyone ever associates things that way in the world of video games, that is to say, in Lacanian terms; a game is played almost consciously from a Symbolic distance, meaning the only thing that virtual space provides the gamer with is the temporary suspension of the Superego, which, thanks to moronic moral gibberish of the likes of “The Walking Dead” and “The Last Of Us,” is on the verge of becoming a rarity.

Why would anyone bother with garbage like “Resident Evil 6,” when there’s “ObsCure”? 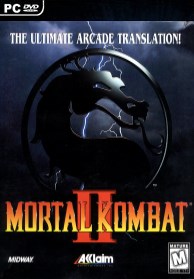 While I generally don’t find the scarcity of pixels delightful, I think that factor is largely responsible for the utterly macabre vibe of Mortal Kombat titles from the 90’s. Other than that, the last two iterations, the 2011 reboot (released for PC in 2013 under the subtitle; Komplete Edition) and “Mortal Kombat X,” plus the spin-off “Injustice: Gods Among Us,” each can be played without too much trouble on the PC.

“TOCA Race Driver 3” was headed towards an ideal of becoming an arcade racer despite having cleaved to its sim roots. “Grid” gassed the pedal greater, and ultimately “Grid 2” mastered it all. By the year 2015, it’s still the choicest racing game on the market and unlike many others, does include the splitscreen.

The second Trine was in many ways similar to “Kingdoms Of Amalur: Reckoning,” and that includes how it was received by the public. 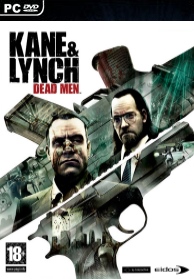 I genuinely believe the bad rep the series got was due to the point that the storyline didn’t follow either of the Tarantino horsejack of bangbangniggerbang or the Nolan bombombomShakespeare fuckbabble, and that it was more of a gritty, badass Abel Ferrara thriller. That, and the clown who reaped the most out of all those controversies happens to be the same who had “Call Of Duty: Advanced Warfare” on the top of his 2014 GOTY list.

Arguably the most ambitious X-Men game to date, together with Mutant Academy II, and a top-notch ARPG, which ten years after can look only slightly less admirable as it did the day of its release, as a result of its integration of cel-shaded graphics as well as native support for resolutions up to 1920×1080. What to play next: “Marvel Ultimate Alliance” — plays a lot similar to the X-Men Legends titles, lacks the cel-shaded modelling, features an ensemble cast of characters, and unlike its console-only sequel was made by the same team as Rise Of Apocalypse.

I would have gone for “Dynasty Warriors 6” if it wasn’t for the fact that both games are ports, and further; average ports.

Maybe “Cuphead” changes things a bit later on; until then, the first three Metal Slug games remain; the finest run-and-gun titles ever made.

It was “PES 4” that made me re-think if I were to continue buying FIFA games or not, but it was “PES 5” that nailed the coffin; a game with physics, sound effects, and a level of attention to gameplay-affecting details I daresay hasn’t been topped as of this day. Side-note: If it’s graphical fidelity or contemporary (mediocre) team line-ups you’re after, you can still count on the annual titles of the both series. And from what I’ve learnt spending an average of 40 hours in each of “PES 2015” and “FIFA 15,” I can confirm it’s a case of Firefox and Chrome now, i.e. each copycatting the other, yet playable. 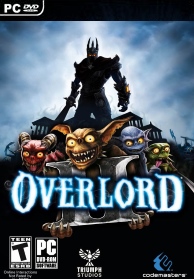 The sundered co-op modes in “Overlord II” (introduced earlier as a patch for the original game) might require a degree of getting-used-to; nonetheless, once there, you’ll find ’em nearly as inviting as the story mode.

“Lara Croft And The Temple Of Osiris” 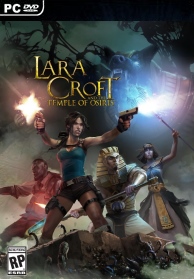 More Tomb Raider than the 2013 reboot.

Back in the 90’s, the Twisted Metal series did not make it to PC, since Sony was the same money-grubbing SOAB it is now. Though there was this game not all that people might remember now, called “Fatal Racing”. And unlike the later-to-be-released “Carmageddon,” it had co-op, too.

Killer dungeon crawler with procedural design and platformer mechanics. In my book, also the finest game released in 2014.

“The Incredibles: Rise Of The Underminer”

I don’t give a flat fuck about the Pixar background and its supposed pseudo-allegory, and apparently nor did the game developers. That’s good.

Grin’s sole high in a career filled with lows.

“Gauntlet” didn’t bring all that much to the table, yet it managed to build in something the vast majority of its contemporaries seem to have long forgotten (take The Adventures Of Van Helsing series for instance) — the couch co-op, and that only made it stand out.

Nintendo, Sony, and then Sega. At least it’s bundled with enough variety and is a decent port, which I can always appreciate. 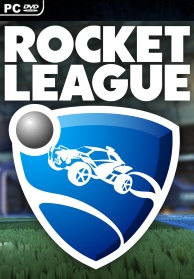 The team behind this recently unleashed soccer/driving hybrid did themselves a big favor by releasing it on PC, because otherwise it would have remained unknown to most (PS4 owners included) like its prequel. Side-note: I have no clue why is that, but as of now, two controllers are needed to play this one in co-op, meaning the keyboard/mouse and one controller setup, which is the way for most gamers, is not supported.

“The Lord Of The Rings: The Return Of The King”

Tolkien? What’s that? I like slayin’ pixels in half.

Occasional camera hiccups aside, playing “Trials Fusion” with a friend can be a rewarding experience, especially considering the competitive aspects of the whole game are, as a result, non-present.

A re-release of two arcade D&D titles from the mid-90’s that play like a slightly RPG colored variant of S/NES brawlers of the time (it reminded a great deal of “TMNT III”) and support local co-op, which is a necessity for game of that kind, as far as I’m concerned.

It sucks that “Dirt 2” didn’t have the splitscreen included, as it felt a lot more complete in many respects, but taking into consideration the last two installments (“Dirt 3” and “Dirt: Showdown”) were mediocre at best in spite of offering one or two new elements like the snowy locale in “Dirt 3,” “Colin McRae Rally 2005” would then be more than just a worthy contender.

Overrated compared to any 2D platformer I can think of, but our purpose here is something rather different, so not another word; it’s good enough. 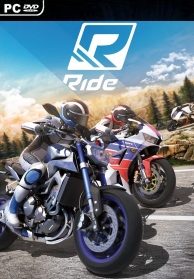 Had “MXGP” featured a splitscreen mode… 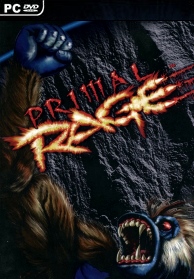 Q: How on urth could you miss a classic like “Primal Rage”? A: You don’t.

Fancy a board game set in the Witcher world? Maybe yes.

The only Spider-Man game since the eponymous Neversoft game (plus Vicarious Visions’ sequel to it, released in 2001) that I enjoyed playing. And I’ve played every one of them; that counts for the last two atrocious movie adaptations. 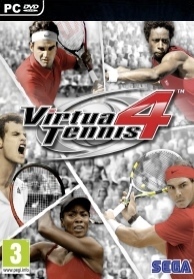 There is no such thing as skill involved in “Virtua Tennis 4,” but from what I recall from the previous installment in the series, that’s how it’s always been. Also, who’s got time for that anyway? Consider this as a mini-game DLC for the Olympics game and leave the rest to co-op magic. 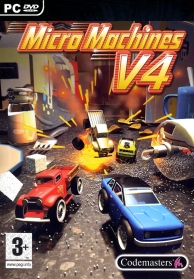 Wonderful to say the smallest.

“Most critics enjoyed the game’s humor, and those who did not noted that players who enjoyed the humor from the previous two games will enjoy The Baconing.” I say it everytime Wikipedia is hilarious. Anyone arguing? 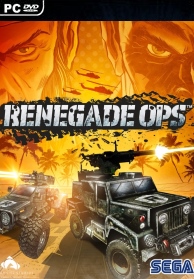 God “Silkworm” was difficult. This? Nowhere near that, but still a solid co-op vehicle bomber. By the way, can anyone from Avalanche explain what’s wrong with the cover? It looks like some Gameloft shit. Side-note: For no good reason, two controllers are needed for this game to work in co-op.

“Thrillville: Off The Rails” 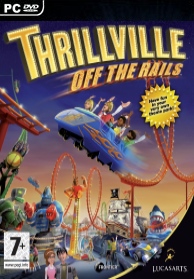 For a Hitman-obsessed gamer like me, “Thrillville: Off The Rails” was a spiritual prequel to Blood Money; truly a parody of the business sim genre, it did not takes things seriously as most games of the genre do and that was, for the most part, how it kept me interested with the career mode. The co-op mode is all about mini-games, and those vary from a pool game (which can compete with the finest on the market as of this very day) to WWI flight, dance, kart racers, vehicular soccer (yes, it existed before “Rocket League”) and even FPS; all playable at full HD resolution. Boy, isn’t this one a buried secret?

As with other movie adaptations (and roughly speaking, most video games) I couldn’t care less about the story and for this particular Spielberg crap, well, I guess that sums it up; I think it’s crap like his entire crapography. Side-note: The other two Lego titles I’ve tried — “Lego Pirates Of The Caribbean” and “Lego The Lord Of The Rings” — were overly terrible, gameplay-wise, so do keep that in mind.

Titled Krautscape with no krautrock tune among the soundtrack? For fuck’s sakes. In any case, this early access mother of a racer ties in the most astounding video game art design since “Killer7”. 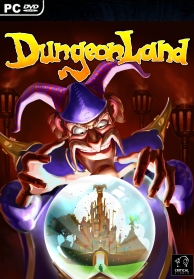 Party dungeon action for old and the crazy.

AKA Destroy Before Reading.

UPDATE: Once in a red month, we’ll keep this post renewed with recent and upcoming games. Strictly titles released after July 2015, the newly added selections can be found below: